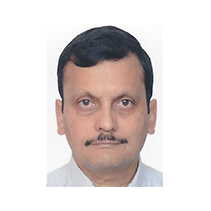 Mr. S.K. Mishra is having 37 years’ experience of power sector.

Prior to that Mr. S. K. Mishra held the position of Executive Director (QA&I and CMD Coordination Cell), working with Power Grid Corporation of India Ltd., a Govt. of India Navratna Enterprise. In this assignment, he was responsible for ensuring the development of the Industry on a whole through Quality control and vendor development programs. He was entrusted with responsibility as head of CMD Coordination Cell formed with a purpose to strategically guide POWERGRID through process innovations, inter-departmental coordination and early spotting & resolution of issues. In view of high quality standards achieved during his tenure as Quality head, POWERGRID was conferred national Quality Award for year 2012-13 by Bureau of Indian Standard under the aegis of Ministry of Consumer Affairs.

In his long career spanning over three decades, he has had several positions of leadership involving Planning, Construction, Execution and Operation & Maintenance of transmission system. During the period 2002 to 2010, he was posted in the Western Region of POWERGRID. He is credited with the implementation of India’s first 765kV S/s and transmission line in Western Region. He is also credited with the Implementation and commissioning of Substation Automation System based on IEC 61850 first time in the country.

Mr. S.K. Mishra has also published large no. of papers in International and National Forum and received best paper award during ELECRAMA 2010.

Mr. S. K. Mishra started his career as an Executive Trainee in NTPC transmission division in 1985 after completing his graduation in Electrical Engineering from NIT, Bhopal.  He is also a certified Energy Auditor.